You are using an outdated browser. Please upgrade your browser to improve your experience.
by Joe White
September 24, 2013
It seems that a jailbreak solution for iOS 6.1.3 and iOS 6.1.4 is not complete, but nevertheless is "almost there," according to iOS hacker @winocm. The news hit the Web in a recent Twitter update, in which @winocm provided jailbreakers with an update on his progress. He explained:

The status of the jailbreak is pretty much: it needs work but its almost there. (For a very small subset of devices.) — winocm (@winocm) September 23, 2013

However, since @winocm's update refers only to "a very small subset of devices," it could be that an iOS 6.1.3-compatible jailbreak solution that supports all of Apple's iDevices is still a long way off. In fact, an iOS 7-compatible solution could even launch beforehand. We'll keep you updated with further information as we receive it. In the meantime, see: Line Messaging App Updated With Video Calling, New Functions And iOS 7 Support, Apple's Gold iPhone 5s Handset Fetches Huge Prices On eBay, and MLB.com At Bat Scores Major Update For iOS 7 And This Year's Postseason. 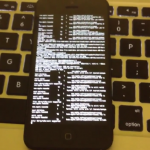 Op-Ed: Preserve Your iDevice's Jailbreak, Turn A Blind Eye To iOS 7
Nothing found :(
Try something else