You are using an outdated browser. Please upgrade your browser to improve your experience.
by Brent Dirks
September 6, 2013
In what seems like a yearly occurrence, speculation is once again focusing on the death of the venerable iPod classic. Wired has a nice piece looking back at the iconic music player that hasn’t been refreshed since 2009. According to the site’s thinking, there’s not much of a reason for Apple to continue to manufacture the iPod classic:

“I don’t see Apple investing any more into the iPod classic, even just to upgrade the connector,” Forrester analyst Charles Golvin told Wired. Anthony Scarsella, chief gadget officer of Gazelle.com, shares a similar sentiment. “It’s been a couple of years since the iPod classic has been updated. We can assume it will be phased out, unless we see it updated on September 10th,” Scarsella said.

Even today, the classic’s specs still hold up nicely. For just $249, users can snag 160GB of storage, which is enough to hold around 40,000 songs or 200 hours of video. Currently, the iPhone or iPod touch line maxes out at 64GB. But if Apple finally introduces a 128GB iPhone or iPod touch, then it really may be the end of the road for the classic player. Even so, there are still some loyal fans of the device, including people like Michael Simmons, co-founder of developer Flexibits:

“I’ve had it forever,” Simmons said. He had an original iPod, then got a classic when those came out. “I’m a musician. I love music so I have a ton of music.”

Will you miss the iPod classic if Apple does finally discontinue the player? I really won’t be sad to see it gone even though I know there are some die-hard fans out there like Simmons. 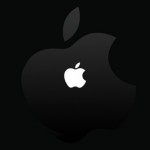 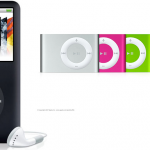 The Time Has Come To Say Goodbye To Two iPods
Nothing found :(
Try something else