You are using an outdated browser. Please upgrade your browser to improve your experience.
by Joe White
August 16, 2013
Respected analyst Ming-Chi Kuo, with KGI Securities, sent a research note out to investors recently advising that in his opinion, a gold-colored iPhone 5S available in a 128-GB storage option could launch in the coming months. His note, which reached us from MacRumors, reads:

We also forecast the new model will add a new look, a golden casing, and a new option for larger 128GB storage, to offer greater differentiation from iPhone 5.

Of course, this isn't the first we've heard of a gold iPhone 5S. Back at the beginning of June, the images of what appeared to be a gold-colored iPhone micro-SIM card tray and volume buttons appeared online, twice, leading many to assume that Apple's next-generation flagship handset could launch in three different color options. Though not something we've heard much about, a 128-GB storage option for the next-generation iPhone seems to be an improvement Apple has been saving for some time, and we'd expect an alteration such as this to reach the smartphone at some point in the future. More specifically, however, Kuo goes on to predict that the iPhone 5S will feature an Apple A7 processor and one gigabyte of RAM:

We reckon A7 will upgrade memory bandwidth spec to LPDDR3 from LPDDR2 adapted by A6, in an effort to improve system performance. Since Apple is in charge of both hardware and OS design, it is capable of minimalizing memory capacity at an optimized state. Therefore, A7’s RAM will likely be unchanged at 1GB.

Finally, the analyst argues that Apple will continue to use an eight megapixel sensor for its iPhone's camera, but adds that the camera's aperture will be increased to F2.0 and will feature dual-LED flash, in order to improve nighttime shooting. As a reminder, Apple is expected to announce its next-generation iPhone 5S on Sept. 10. We'll keep you updated with further information as we receive it. In the meantime, see: Zynga's Respawnables Suits Up With Exclusive Official "Elysium" Movie Content, Donna Now Helps You Get To Your Appointments On Time Via Public Transit, and Carrot To-Do App Updated With Carrot Alarm Integration, iCloud Support And More. 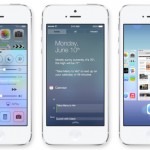 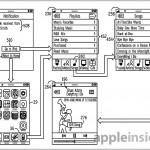 Apple Is Working On A New NFC iTunes Gifting Tool
Nothing found :(
Try something else