You are using an outdated browser. Please upgrade your browser to improve your experience.
by Joe White
September 4, 2013
Apple is indeed planning on holding an iPhone-themed media event at its Cupertino, Calif. headquarters on Sept. 10, 2013, as anticipated. However, according to a number of Chinese language news publications, Apple is also said to be hosting one further event in Beijing, China on Sept. 11, in a move potentially indicative of a low-cost "iPhone 5C" handset. Sina Tech, for example, has published the above invitation, which is almost identical to the content of Apple's English language invite (below). The date of Apple's China event is Sept. 11, however, and the location is Beijing's World Trade Center. This will be the first time Apple has ever held a standalone event in China, and the move comes following the Cupertino, Calif. company's increasing interest in the country - which is the world's largest smartphone market. Indeed, Apple has yet to truly succeed in the country, though it is believed that the availability of a less expensive Apple-made smartphone in China, referred to as the iPhone 5C, could alter this. The long-rumored handset, then, could be the subject of Apple's Beijing event. As a reminder, the iPhone 5C is expected to launch with a 4-inch screen, a polycarbonate outer shell, less revolutionary internals, and in different colors. Over the course of the last few weeks, a number of images and videos of the purported handset have surfaced online. Though of course, we'll know nothing for certain concerning the anticipated handset until Apple makes an official announcement - either in the United States on Sept. 10, or in China the day after. We'll keep you updated with further information as we receive it. In the meantime, see: Today's Best Apps: Wordly And Da Vinci’s Demons: The Apprentice, AVG PrivacyFix Is Like A Security Suite For Your Online Identity, and Subscribe To A Popular Hearst Magazine And Receive $10 Of iTunes Credit. 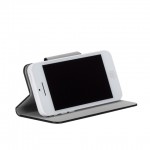 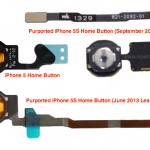 Is This The Fingerprint Sensor For The iPhone 5S?
Nothing found :(
Try something else