You are using an outdated browser. Please upgrade your browser to improve your experience.
by Aldrin Calimlim
September 22, 2013
It appears that BlackBerry has to carry out a different sort of "BBM" — "break before make" — for the launch of its BlackBerry Messenger or BBM service on iOS and Android. As it turns out, the company has decided to "break" the scheduled rollout of BBM for iOS and Android this weekend so that the service can "make" its way to those platforms in as best a condition as possible. BlackBerry blames the postponement on a leaked version of the BBM for Android app, as announced by the company on its official blog:

Prior to launching BBM for Android, an unreleased version of the BBM for Android app was posted online. The interest and enthusiasm we have seen already – more than 1.1 million active users in the first 8 hours without even launching the official Android app – is incredible. Consequently, this unreleased version caused issues, which we have attempted to address throughout the day.

BlackBerry adds that its BBM teams "continue to work around the clock to bring BBM to Android and iPhone, but only when it’s ready and we know it will live up to your expectations of BBM." Consequently, BlackBerry has halted the global rollout of BBM for iOS and Android. BlackBerry has pulled BBM for iOS from the App Store, particularly for customers in the Asia-Pacific region, where the app had been made available. Customers who have downloaded BBM for iOS can continue using the app. As for those who have downloaded the leaked BBM for Android app, BlackBerry notes that the unreleased Android app is going to be disabled. "As soon as we are able," BlackBerry concludes, "we will begin a staggered country roll-out of BBM for Android and continue the roll-out of BBM for iPhone." BBM for iOS and Android was announced by BlackBerry last May and scheduled to be released before the end of this summer. It was confirmed to launch in the nick of time this weekend. But on account of its having hit a significant snag, BBM for iOS and Android apparently has been delayed to a different season of the year. Sorry, folks. No "BBM for all" just yet. 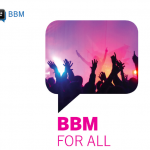 BBM For All: BlackBerry Messenger Confirmed To Launch On iOS This Weekend 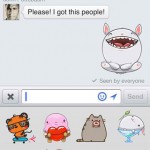 Facebook Messenger Satisfies Need For Speed With Improved Switching And Scrolling
Nothing found :(
Try something else