You are using an outdated browser. Please upgrade your browser to improve your experience.
by Brent Dirks
September 4, 2013

Announced last month, the HiRise from Twelve South is easily one of the most unique iOS device docks to hit the market. Probably the standout feature is its compatibility with a number of iOS device cases, including rugged selections from OtterBox, Speck, and even the company’s own BookBook. Beyond that, probably the aspect that excited me most was also the ability to hold an iPad mini as well. Owning both an iPhone 5 and iPad mini, I’ve always been on the lookout for an all-in-one docking solution. So does the HiRise hold up to its promise? Lets take a look.

The HiRise is a little different than the usual Lightning-compatible dock. As the father of two kids under 6, one phrase does a spectacular job of sending fear through my heart – some assembly required. And that’s the case with the HiRise. But, thankfully, there’s no need to worry. Along with a detailed written instruction manual, this nice video shows exactly how to assemble the dock. Just for fun, I timed myself putting the HiRise together. It took me 2 minutes and 42 seconds. I’m sure the less clumsy out there could do it even faster. And there’s one other small caveat with the dock. Because of the nature of the design, you’ll have to use Apple’s official Lightning cable instead of a cheaper third-party solution. That’s because some non-Apple cables are substantially thicker and wouldn’t work with the diminutive HiRise. There are two major parts of the dock that can be adjusted for the perfect fit. First up are three different sizes of clips to use with the Lightning cable. The clips are designed to place the plug in a few different elevations to better support cases. Clip 0 is designed for a naked iPhone 5 or for form-fitting slim cases. Clip 2 is for medium-sized cases while Clip 3 is made for rugged solutions like the OtterBox Defender. After you’ve found the correct clip for your case, the back support brace can then be adjusted for an even better fit. It does take a little bit of time to find the right combination of clip and back brace positioning, but when you do, the handset is held very firmly in place. I own more than a few iPhone 5 cases, and with the noted exception of the LifeProof Fre, I was able to find a great fit for every case I could find. And the touted iPad mini compatibility worked just as well with a number of cases, and even the naked tablet. The only downside I found is that with the slim back brace, there was a small bit of shaking when using the iPad mini. But it was barely noticeable in the long run, especially since the bottom of the HiRise is coated with a sticky-type material. Made with the same type of anodized aluminum found on the iMac and Thunderbolt display, the HiRise also looks great in a office setting or even on a somewhat cluttered desk at home. Thanks to the elevated design of the dock, the iPhone 5’s headphone jack can easily be accessed and both the speakers and microphone aren’t blocked.

Before the HiRise was introduced, I was a big user of the NanoTek stand that uses microsuction technology to hold up an iPhone. Even though the HiRise can only work with a handset in portrait orientation, it is easily the most thought out and well-designed dock that I’ve had the chance to use.

That’s easy. Twelve South has always been known for its spectacularly-designed and beautiful accessories for Apple products, and the HiRise is no exception. Even though it might be a little more expensive than other docking solutions, the ability to hold a number of Lightning-enabled devices makes it an all-around winner. 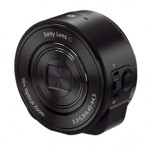 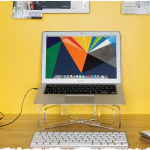 Twelve South GhostStand For MacBook Review
Nothing found :(
Try something else