You are using an outdated browser. Please upgrade your browser to improve your experience.
by Bryan M. Wolfe
September 17, 2013
Burberry has now posted a full video of its London fashion show, which was held on Monday, Sept. 16. As announced by Apple and the fashion house earlier this week, the entire show was shot using the new iPhone 5s. Announced by Apple on Sept. 10, the new handset features a significantly enhanced iSight camera, hence the reason for the Burberry tie-in. Take a look at the full video below: Apple noted in a press release for the London event:

The iPhone 5c and iPhone 5s both launch this Friday, Sept. 20 in the United States, Australia, Canada, China, France, Germany, Hong Kong, Japan, Puerto Rico, Singapore, and the United Kingdom. For more on the iPhone 5s, see: First iPhone 5s, iPhone 5c Unboxing Photos And Videos Hit The Web, It Looks Like Apple's Gold iPhone 5s Is The Most Popular Of The Three In China, and US Carriers And Retailers To Open At 8 A.M. On iPhone 5s Launch Day. Photo: Pocket-lint 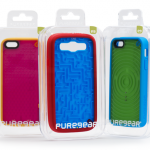 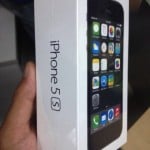