You are using an outdated browser. Please upgrade your browser to improve your experience.
by Joe White
September 17, 2013
Apple's iPhone 5s handsets are available to reserve online in China, in an attempt to better control the coming launch day. Though Apple's reservation system (pictured above) has been available for less than a day, it seems that the gold iPhone 5s handset was super quick to sell out, followed by the white model. As such, only the 16GB "space gray" unlocked iPhone 5s remains for reservation at both Beijing and Hong Kong Apple Retail Stores. In Beijing, the gold iPhone 5s handset entirely sold out at the Sanlitun, Xidan Joy City, and Wangfujing Apple Stores just two hours after Apple's aforementioned reservation system went live, the Chinese-language publication Sina Tech explains. The news reached us from AppleInsider, who notes:

Apple is conducting Chinese iPhone sales a bit differently this year, and is requiring customers to text a special phone number to receive a booking code that can then be entered into the online reservation system. After that step is completed, customers choose a specific device configuration, provide a form of accepted government issued identification, and can then complete the purchase in-store at a designated time.

Apple's iPhone 5c, however, hasn't been so big a hit in China. Despite early analysis indicating that a "low-cost" iPhone could do well in the country, it seems that the not-so-low cost of the iPhone 5c has encouraged Chinese customers to spend a little extra on the high-end iPhone 5s, instead. It'll be interesting to see whether the gold iPhone 5s proves to be as popular in the United States, the United Kingdom, Canada, Australia, France, Germany, and Japan. Are you planning on picking up a golden iPhone come Friday? See also: U.S. Carriers And Retailers To Open At 8 A.M. On iPhone 5s Launch Day, Apple's OS X Mavericks Developer Preview 8 Includes Updated iTunes App, and Sprint Takes $100 Off The Price Of iPhone 5s, iPhone 5c For New Customers. 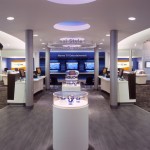 US Carriers And Retailers To Open At 8 A.M. On iPhone 5s Launch Day 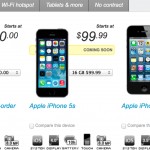 Sprint Takes $100 Off The Price Of iPhone 5s, iPhone 5c For New Customers
Nothing found :(
Try something else