You are using an outdated browser. Please upgrade your browser to improve your experience.
by Joe White
September 17, 2013
Sprint has announced that it's set to offer new customers the iPhone 5s and iPhone 5c for $100 less than Apple and rival carriers. The news appeared on Sprint's website, where the iPhone 5s (16GB) can be purchased for $99.99 come Sept. 20 (rather than $199). Apple's iPhone 5c (16GB), on the other hand, can be preordered for no upfront cost. Sprint also announced recently that it's set to launch an early upgrade program of its own, called One Up. Though such plans, which allow customers to purchase an iDevice through monthly instalments and to upgrade after 12 months, aren't recommended, it seems that Sprint's One Up offers subscribers a slightly better deal than AT&T Next, Verizon Edge, and T-Mobile Jump. One Up is set to launch on Sept. 20, the same day Apple's iPhone 5s and iPhone 5c launch in the United States, the United Kingdom, Canada, Australia, France, Germany, Japan, and China. Are you grabbing a new iPhone on Friday? See also: China Unicom iPhone 5s, iPhone 5c Reservations Pass 100,000 Handsets, Tell Them About The New Trends: Apple Airs Colorful TV Ad For iPhone 5c, and Further Details About Infinity Blade III Revealed In New Extended Video. 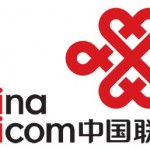 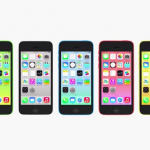 Tell Them About The New Trends: Apple Airs Colorful TV Ad For iPhone 5c
Nothing found :(
Try something else