You are using an outdated browser. Please upgrade your browser to improve your experience.
by Aldrin Calimlim
September 17, 2013
A week after it announced the new device, Apple has begun airing the first TV ad for the iPhone 5c. Titled "Plastic Perfected," the 30-second ad features the fun candy colors of the iPhone 5c, which has a polycarbonate casing available in blue, green, pink, yellow, and white. It uses many of the key segments from Apple's introductory video for the device, which is described as "beautifully, unapologetically plastic" by Apple's SVP of Design, Jony Ive. This time, though, the device is gradually formed and its colors showcased to the tune of "Rill Rill" by American noise pop musical duo Sleigh Bells. The ad even closes with a more than appropriate verse:

You're all alone, friend Pick up the phone then Ring, ring, call them up Tell them about the new trends 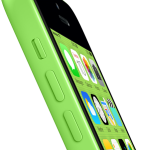 Updated: Apple's iPhone 5c Hasn't Sold Out, But It Could Be A Different Story For The iPhone 5s 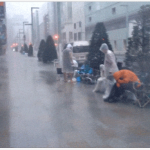 In Japan, Typhoon Disrupts iPhone Queue As Customers Take Refuge In Apple Store
Nothing found :(
Try something else