You are using an outdated browser. Please upgrade your browser to improve your experience.
by Joe White
September 12, 2013
Developer-publisher Square Enix has a new free-to-play Final Fantasy role-playing game (RPG) in development. Called Final Fantasy Agito, the game is set to reach iOS- and Android-powered smartphones in the near future, and was previewed recently in Famitsu magazine. Polygon explains:

Set in a the world of Final Fantasy Type-0 (an RPG released by Square Enix for the PSP in Japan only two years ago) Agito is a sort of retelling of Type-0 told from the perspective of new player-customized characters. You play a student candidate in the same Orience magic academy that set the stage for Type-0.

Producer Hajime Tabata told the publication: "I wanted to write a story that traced the different fates of the FF Type-0 heroes. A lot of FF Type-0 players have told us that, and there are a lot of people within the studio, too, who wanted to do it. FF Type-0 was originally meant for release on mobile phones, and I liked the Agito name anyway, so that's how we got started with this project." From what we understand, Final Fantasy Agito will offer iDevice users a universe based on "parallel cycles," as with the game's Japan-only PSP counterpart. Once gamers have completed the story at-large, they'll then be able to repeat the process on a different cycle, which will offer a similar experience but with different elements. Final Fantasy Agito should be available later this year, and as mentioned, it'll be a free-to-play title. We'll keep you updated with further information as we receive it. In the meantime, see: Disney Launches Where's My Water? 2 As Original Game Celebrates 2 Years On iOS, Branchfire's iAnnotate PDF In Back To School Sale, 80 Percent Off Usual Price, and New OtterBox Cases Built For Touch ID-Equipped iPhone 5s Handsets. 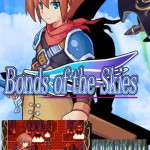 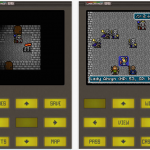 There Will Be Pixels: Gurk III Offers iDevice Users More 8-Bit RPG Fun
Nothing found :(
Try something else