You are using an outdated browser. Please upgrade your browser to improve your experience.
by Aldrin Calimlim
October 31, 2013
Last month, a proposed settlement for a class action lawsuit against Apple and AT&T was granted preliminary approval. Now, the settlement appears to be nearing final approval as claim forms have been made available to class members. As we noted in our earlier report on the matter, the settlement concerns a bait-and-switch scheme allegedly pulled by Apple and AT&T on some customers who bought the 3G-enabled version of the first-generation iPad: 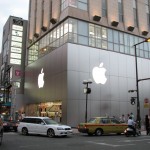 Apple's R&D Spending Climbs 32 Percent In 12 Months
Nothing found :(
Try something else