You are using an outdated browser. Please upgrade your browser to improve your experience.
by Aldrin Calimlim
October 2, 2013
If you're one of the many iDevice users who've been experiencing issues with iMessage on iOS 7, fear not, for, behold, I bring you good tidings of great joy. As it turns out, Apple is aware of and already working to resolve these issues. Complaints of failed outgoing messages on Apple's instant messaging services have have become widespread in the past few days. In most cases, messages appear to have been sent, only to be accompanied later by a message sending failure indicator. Disabling iMessage, resetting the network settings, and then reenabling iMessage on an affected iDevice has, for most users, proved successful in restoring the functionality. But Apple has confirmed to The Wall Street Journal that it's working on a long-term fix, which it plans to include in an upcoming software update:

“We are aware of an issue that affects a fraction of a percent of our iMessage users, and we will have a fix available in an upcoming software update,” Apple said in a statement. “In the meantime, we encourage any users having problems to reference our troubleshooting documents or contact AppleCare to help resolve their issue. We apologize for any inconvenience this causes impacted users.”

The fix will probably come as part of iOS 7.0.3, which has already been reported to be set for release sometime next week. 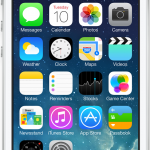 Report: Apple Is Prepping iOS 7.0.3 To Squash More Bugs
Nothing found :(
Try something else