You are using an outdated browser. Please upgrade your browser to improve your experience.
by Joe White
October 1, 2013
Apple's iOS 7 seems to have shipped with more than a handful of problems, most notably including the iTunes Store, App Store, iBookstore, Lock screen, and iMessage. According to a recent article from MacRumors, however, this latter problem can be fixed - at least temporarily - through resetting the network settings on one's iPhone handset. The iMessage problem in iOS 7 sees outgoing iMessages fail repeatedly, and though iMessage outages have been reported at Apple's System Status Web page, for some users the problem appears to have persisted outside of this documented downtime. Furthermore, the problem has continued to afflict iDevice users under Apple's recent bug-fixing iOS 7.0.2. MacRumors explains that a three-step procedure could help bring iMessages back online, however. This fix has been known to work for some iDevice users, while others haven't been so lucky. Here's what the website advises: Do note that the above method will result in your iDevice forgetting Wi-Fi network passwords. Here's hoping Apple releases another bug-fixing software update in the coming weeks - we'll let you know as soon as iOS 7 is updated again. In the meantime, the above method could help fix the problem, albeit on a temporary basis. See also: Apple Hires Toronto Blue Jays Assistant Manager To Manage App Store's Sports Section, AppAdvice Daily: Apps For iOS 7, A Giveaway And More, and AppAdvice App Of The Week For Sept. 30, 2013. 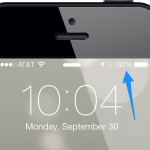 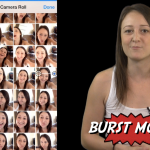 Burst Out Your Camera With This New iOS 7 Feature
Nothing found :(
Try something else