You are using an outdated browser. Please upgrade your browser to improve your experience.
by Joe White
October 9, 2013
Apple's iCloud has once again suffered problems concerning its Calendars and Reminders Web services, and the Apple Online Store is presently displaying its famous "We'll be back" message. However, before getting excited at the prospect of unannounced product launches, do note that Apple has confirmed that its Apple Online Store is undergoing scheduled "maintenance." Instead of a silent product launch, then (along similar lines to Apple's recent Haswell-equipped iMacs), the Apple Online Store is set to reopen following this period of maintenance at 4 a.m. EST, the Cupertino, Calif. company explains. Given that a further media event is expected for Oct. 22, it's likely that any new, non-iPad products - such as a refreshed Apple TV, or a possible MacBook Air with Retina display - would be saved for an on-stage announcement. The problems concerning Apple's iCloud-powered Calendars and Reminders apps, too, are detailed at its System Status Web page. Though as of this writing, it seems that the services have been restored and should now be running properly. We'll let you know if anything unexpected occurs concerning the Apple Online Store. Though as mentioned, it looks like maintenance (and maintenance only) is all the virtual storefront will be receiving today. In the meantime, see: Today's Best Apps: Capture And Superlumina, Apple’s Fall iPad Event Will Reportedly Take Place On Oct. 22, and Quirky App Of The Day: Swap Letters And Tiles In Killbo HD. 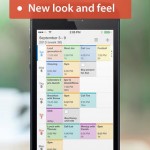 Readdle's Calendars 5 Gets Smarter Thanks To Latest Update 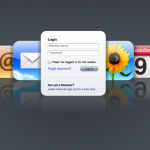 Apple Has Now Downgraded iCloud Storage Plans For Former MobileMe Users
Nothing found :(
Try something else