You are using an outdated browser. Please upgrade your browser to improve your experience.
by Brent Dirks
October 8, 2013
Mark your calendar for Tuesday, Oct. 22. According to AllThingsD, Apple’s second media event in less than two months will happen on that date. While Apple has yet to confirm the news, the site did correctly peg the unveiling date for the iPhone 5s and iPhone 5c. So it’s a pretty good bet that this information is correct. And the report also says the iPad will be the major focus:

People familiar with Apple’s plans tell AllThingsD that the company will hold its next invitation-only event on Tuesday October 22. The focal point of the gathering will be the latest updates to the company’s iPad line, but the new Mac Pro and OS X Mavericks will likely get some stage time as well, I’m told.

The site was unable to determine where the event will take place:

Sources declined to specify where the event is to be held, and I’ve not been able to confirm a location. My understanding is that it will not be held at the California Theatre in San Jose, the site of the iPad mini’s unveiling in 2012. That leaves Apple’s Town Hall Auditorium in Cupertino and the Yerba Buena Center for the Arts in San Francisco as the two most likely locations.

Apple is expected to unveil both the fifth-generation iPad and iPad mini 2 at the event. The full-sized tablet will apparently take a number of design cues from the iPad mini and feature thinner bezels. The new device should also have a significantly smaller surface area while maintaining the same 9.7-inch screen size. It’s currently unknown whether the next-generation iPad mini will sport a Retina display. A report last week said the iPad 5 and smaller tablet will feature improved cameras, though. We may even see the new Apple TV hardware that’s been rumored. It should be an interesting next couple of weeks. We will make sure to keep you up to date with all the latest news. 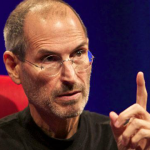 Apple Remains Silent On New iPads, Public Launch Of OS X Mavericks And More
Nothing found :(
Try something else