You are using an outdated browser. Please upgrade your browser to improve your experience.
by Bryan M. Wolfe
October 11, 2013
Apple’s iOS 7 has topped Pfeiffer Consulting’s annual Mobile Operating System User Experience Benchmarks survey. The study calculates the usability of a mobile OS across four elements: cognitive load, efficiency, customization, and user experience friction. According to the study, iOS 7 topped Android (as used on Samsung devices), Windows Phone 8, and BlackBerry 10. It also rated higher than Apple’s iOS 6. In total, iOS 7 received a score of 73.25 versus a 70 for iOS 6. Android came in third place with a 57.25, followed by BlackBerry 10, which scored a 56.37. Windows Phone 8 scored the lowest with a 47.25. Here’s a summary for all four elements:

Interestingly enough, iOS 7 only scored first in one of these elements -- efficiency and integration. Here, it actually tied Android. By contrast, the operating system it replaced, iOS 6, scored the best in two of the four elements, including cognitive load, and user experience friction. Android scored highest in customization, although iOS 7 was a close second. As 9to5Mac first noted, this survey isn’t without controversy. For one, Pfeiffer Consulting didn’t actually seek outside opinion for a user experience survey. Instead, they performed the tests themselves. Second, the Android version tested included Samsung’s own Touchwiz interface, which isn’t available on other devices. Hopefully, we'll be seeing other operating system surveys released in the coming weeks and months. For more details about this survey, click here. See also: Jimmy Kimmel Has A Solution For Those Reportedly Getting Sick From Apple's iOS 7, Report: Apple Is Prepping iOS 7.0.3 To Squash More Bugs, and Reset Network Settings To Fix Failing iMessages In Apple's iOS 7. 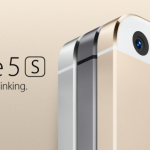 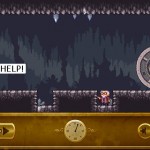 Cavorite Is Back With A Brand New App, Plus Cavorite And Cavorite 2 Get Updated
Nothing found :(
Try something else