You are using an outdated browser. Please upgrade your browser to improve your experience.
by Bryan M. Wolfe
October 2, 2013
Is Apple's iOS 7 making you sick? Are you suffering from vertigo and nausea? Comedian Jimmy Kimmel has the cure you’ve been waiting for. However, it does come with some side effects. Take a look: http://www.youtube.com/watch?feature=player_embedded&v=_3Y9ADSHXMw Late last month, some in the Apple community took to the Web claiming that iOS 7 had left them feeling sick to their stomach. At issue is the new operating systems's parallax and zooming effects. As one user explained:

The zoom animations everywhere on the new iOS 7 are literally making me nauseous and giving me a headache.  It’s exactly how I used to get car sick if I tried to read in the car.

I have the same problem. After using it for two minutes, I felt nauseous. It’s the same way I feel when I use spaces on my Mac.

As Joe White recently noted, it is possible to turn parallax off in iOS 7, but it isn't a cure all.

It is possible to disable parallax in iOS 7, and this can be done in the Settings app: Touch “General,” then “Accessibility,” and “Reduce Motion.” However, though this should tone down parallax, there’s no way to disable the “zooming” effects in iOS 7 entirely; Apple support has said as much, according to a number of forum posts, though it could be that this may change with a future version of the mobile OS.

Kimmel's solution is so much funnier, no? See also: Save Your Juice With These iOS 7 Tips And Tricks, Report: Apple Is Prepping iOS 7.0.3 To Squash More Bugs, and MLB Plans To Introduce Apple's iBeacon Indoor Mapping Technology In 2014. 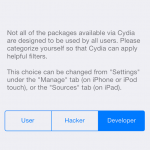 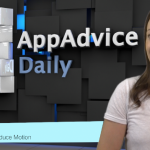 Save Your Juice With These iOS 7 Tips And Tricks
Nothing found :(
Try something else