You are using an outdated browser. Please upgrade your browser to improve your experience.
by Joe White
October 12, 2013
The iPhone 5s and iPhone 5c are set to launch in a number of additional countries, including the Netherlands, on Friday, Oct. 25. Following Apple's announcement, Dutch carrier KPN has confirmed that both handsets will support its 4G LTE network from the get-go. KPN's network uses an 800 MHz spectrum band not supported by the iPhone 5. However, thanks to under-the-hood alterations made in both the iPhone 5s and iPhone 5c, each new handset will indeed support the Dutch carrier's 4G LTE network. The news comes from ZDNet, which notes that KPN confirmed support for the iPhone 5s and iPhone 5c recently, adding that users of the new smartphones can expect cellular download speeds of up to 50 MB per second in supported regions. Though as of this writing, Apple has yet to add KPN to the list of supported 4G LTE carriers advertised at its website (a number of British carriers, too, previously were in a similar situation). ZDNet explains:

KPN uses a mix of the 800MHz, 1800MHz and 2600MHz band for its 4G network. The 800MHz band is used to achieve a fast national deployment of the 4G-network — the band has better propogation, meaning that less infrastructure is needed to cover the same area compared to other bands — whereas the 1800MHz and 2600MHz bands are used for providing better capacity and higher speeds in densely populated areas.

Though KPN has almost finished working on its 4G LTE network, ZDNet adds that "competitors are not far behind." These include Vodafone, which started deploying its own 4G LTE network in August, and T-Mobile, which plans on doing the same in November. KPN, however, promises to cover an impressive 80 percent of the Netherlands by the end of 2013. This, combined with the fact that both of Apple's new iPhones will support the carrier's 4G LTE network from the offset, puts the company in a good position for the remainder of the year. We'll keep you updated with further information as we receive it. In the meantime, see: Apple Now Refunding Eligible iOS Users Who Bought iWork And iLife Apps After Sept. 1, Following Competitors, Target Further Discounts The Price Of Apple's iPhone 5c, and Today's Best Apps: Costume Quest And KAMI. 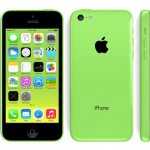 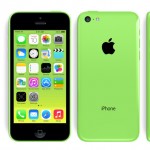 Reliable Analyst Cuts Sales Forecast For The iPhone 5c
Nothing found :(
Try something else