You are using an outdated browser. Please upgrade your browser to improve your experience.
by Joe White
September 11, 2013
Brits checking out Apple's new iPhone 5s and iPhone 5c might have noticed that online, the Cupertino, Calif. company only lists two of the country's 4G LTE carriers - Everything Everywhere (EE) and Vodafone - as being compatible with the new iPhone handsets. Fortunately, this isn't the case: instead, all four of the 4G LTE carriers in the United Kingdom will be compatible with both the iPhone 5s and iPhone 5c once the handsets launch later this month. As Cult of Mac points out, the carriers not confirmed at Apple's website are O2 UK and 3, and this is likely due to the fact that three out of the United Kingdom's four 4G LTE networks are in incredibly young: though EE's 4G LTE network first launched in October 2012, both O2 UK and Vodafone saw their competing services launch last month, while 3's own service is set to launch before the end of 2013. Following Apple's announcement, both O2 UK and 3 have confirmed that their 4G LTE services will be fully compatible with both the iPhone 5s and iPhone 5c, however, so prospective customers need not worry.

Apple's iPhone 5c will be available to preorder in the United Kingdom from Sept. 13, while the iPhone 5s goes on sale one week later, on Sept. 20. We'll keep you updated with further information as we receive it. In the meantime, see: Should You Find Your Next Issue On Readr's Magazine App For iPad?, Carrier 3 To Launch 4G LTE In 4 British Cities By The End Of 2013, and Hit Endless Runner Despicable Me: Minion Rush Gets Summer-Themed Update. 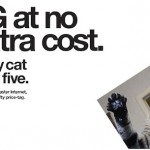