You are using an outdated browser. Please upgrade your browser to improve your experience.
by Joe White
October 12, 2013
For AT&T, Mobile Share plans appear to be the way forward, and from Oct. 25, the U.S. carrier will be "simplifying" its offerings and discontinuing traditional per-device plans in favor of its shared data option. Though the news first hit the Web in a report from Engadget, AT&T later confirmed the change directly in a post added to its consumer blog. Here, the carrier explains:

Beginning Oct. 25, we’re streamlining the plans we offer new customers. Our customers have expressed an overwhelming preference for simplified options that allow them to share data across multiple devices. New customers will have the choice of any of our Mobile Share plans, which start as low as $50 a month for a basic phone or $70 a month for a smartphone – both of which include unlimited talk and text and 300MB of data that can be shared***. In 95 percent of the new customer scenarios, Mobile Share offers the same or better price with additional value.

For present customers, however, there'll be no change: "they can choose to switch to Mobile Share, or they can continue to enjoy, upgrade, or downgrade their existing plan," AT&T notes, adding that "none of our customers will be forced to switch plans if they’d like to stick with what they have – even when upgrading to a new device." Mobile Share plans indeed offer customers unlimited talk and text, with the only variable being the amount of data applied to accounts, and whether an additional device - or additional devices - are connected. Starting at $70 per month for a smartphone plan with 300 MB, and increasing to $530 per month for 50 GB of data, additional devices can then be added for a fee. Laptops and netbooks cost an additional $20 per month, while tablets and gaming devices will set subscribers back $10 per month extra. As mentioned, the change comes into effect from Oct. 25. We'll keep you updated with further information as we receive it. See also: Apple's iPhone 5s, iPhone 5c To Support Dutch Carrier KPN's 4G LTE Network, Apple Now Refunding Eligible iOS Users Who Bought iWork And iLife Apps After Sept. 1, and Following Competitors, Target Further Discounts The Price Of Apple's iPhone 5c. 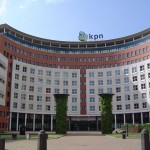 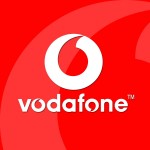 The Race Is On As Vodafone UK Is Set To Launch 4G LTE In 3 New Cities
Nothing found :(
Try something else