You are using an outdated browser. Please upgrade your browser to improve your experience.
by Aldrin Calimlim
October 15, 2013
BlackBerry Messenger aka BBM could finally launch on iOS and Android "within days," according to BlackBerry CMO Frank Boulben. Earlier today, BlackBerry issued an open letter to reassure its customers and partners amid news and talks of the beleaguered company's massive layoffs and prospective sale to another company. Following the open letter's publication, Reuters obtained an interview with Boulben, who said:

We want customers to know that they can continue to count on us - we are here to stay. We have substantial cash on our balance sheet and we have no debt. We are restructuring our cost base and this is a very painful transition, but it will make us financially stronger and we want to get that message directly to our customers.

As if to reinforce his point, Boulben said that he expects BBM to launch on iOS and Android "within days." He added that BlackBerry is confident that it has fixed the issues that resulted from the service's botched cross-platform rollout last month. The company halted the rollout on account of a leaked older version of the BBM for Android app, which apparently caused some serious issues in BBM’s system. Of course, we'll be sure to let you know if and when BBM for iOS finally appears "within days" in the App Store — and stays there for good. 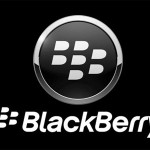 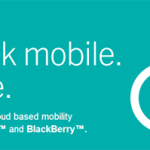 BlackBerry Announces Cloud Service For Enterprise Mobility Management
Nothing found :(
Try something else