You are using an outdated browser. Please upgrade your browser to improve your experience.
by Brent Dirks
October 7, 2013
In a great bit of news for old school gaming fans, Amiga has announced that it will soon release its classic games for iOS devices. While the titles weren’t specified, Amiga said the games should land in the App Store “in time for the 2013 holiday season.” And as a nice surprise, the released games will also feature iOS 7 game controller support:

"Apple app sales are on target to hit 18 billion dollars this year," said Patrick Roberts, President of Amiga Games. "With support coming in iOS 7 for game controllers, Apple devices are perfect for our company's classic gaming titles." Apple's smartphone and tablet users spend on average $43 per person per year on paid apps, roughly 4-times more than any other mobile platform. Though Apple only holds around 40% of the smartphone market, it controls 74% of all smartphone app revenue.

Even though we’ve known about the iOS 7 controller standard since back at WWDC in June, there are currently no available options for consumers to purchase. ClamCase officially unveiled the first Made for iPhone controller late last month. Compatible with the iPhone 4 and up, the second-generation iPad and up, and the iPad mini, the GameCase connects to the iOS device via Bluetooth and has its own battery. But no retail price or availability date was announced. Logitech has also been busy teasing its upcoming game controller as well. Just last week, we got our first good look at the device as an image leaked on Twitter. We’ll let you know if we hear any more information about the titles. As a (somewhat) older gamer, I can’t wait to play some classic Amiga titles with an actual controller. 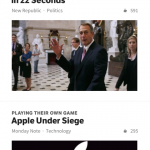 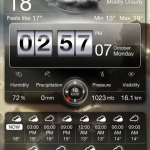 Weather Live Takes On Apple's Own Weather App With Updated Design
Nothing found :(
Try something else