You are using an outdated browser. Please upgrade your browser to improve your experience.
by Joe White
October 28, 2013
Following reports published last week claiming that Steve Wozniak had criticized - or rather "bashed" - the iPad Air, the charismatic Apple co-founder has clarified in an interview that he "never criticized the new iPads," and explains his comments further. Claiming "reporters misquoted me!," Wozniak told aNewDomain that he thinks Apple's new iPads "are fine," and blamed the British press for the original article. In the first email sent over to the website, Wozniak explained:

I never criticized the new iPads. I think they are fine. I don’t think you have a choice between iPad models so that’s just saying that the iPad is good … that’s a very different statement (and contrary to the implication) that, if I chose not to upgrade now, less than a year after my last upgrade, then I, Woz, am saying that the new Apple iPad is bad.

The reason for the confusion? The British press, of course! Wozniak told aNewDomain that he's found the United Kingdom's media - in this instance, TechRadar and Macworld UK - to be "the worst in the world for mischaracterizing what I say," and in a further email he added:

I’m sure I even started this interview, before a single question, (by) telling them that this was my feeling and experience with (UK) press but … I’d answer questions and be honest (in the interview) anyway. Some of the headlines (I saw as a result of that first interview) were very wrong — saying that I did not like the new iPad or (that I) didn’t think highly of it … though the headlines on the (UK and other) articles … make such a determination sound correct at first glance.

As such, what Wozniak actually meant was:

I don’t buy every Apple upgrade. I love my iPad and I use it a lot … but the new one wasn’t enough of a critical change to get my money. I did not upgrade to the retina iPad back when.But when the retina iPad went to 128 GB of SSD, I did upgrade … because that helped me. By the way, I did upgrade to the new MacBook Pro. I ordered mine online. It’s a tiny thing but the upgrade from three quarters of a TB to 1TB of SSD made the difference for me. Once, I had a MacBook Pro with many tens of gigabytes available get bricked by some upgrade … (all) because it didn’t have enough spare storage room. So I don’t want to be close to full on (storage, ever).

Has that cleared up the matter? The emails indeed explain the aforementioned "miscommunication," and if you check on the original headlines, Wozniak's careful assertion that the new iPads "aren't for him" soon morphs, Chinese whispers-style, into a full-on iPad "bashing" rant. Of course, the latter article most likely got a lot of hits, but as per the above report it seems that in actual fact, this isn't exactly the Apple co-founder's opinion. The conclusion, then? Despite its new form factor, the iPad Air unfortunately isn't "enough of a critical change" to tempt Wozniak - even if it does pack an Apple A7 processor, an M7 chip, and impressive battery life, too. How about you? See also: Pocket Casts 4.2 Features 64-Bit Support And Other Notable Enhancements, Take A Look At Magic Window 5.0, Featuring New Scenes And New iOS 7-Style Interface, and Penultimate 5.0 Supports Zoom, Drift And Adonit Jot Script Evernote Edition Stylus. 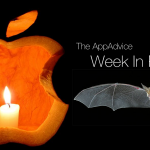 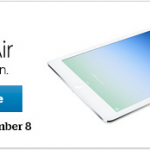 US Cellular To Offer iPad Air From Nov. 8, Regional Carriers To Follow
Nothing found :(
Try something else