You are using an outdated browser. Please upgrade your browser to improve your experience.
by Joe White
October 2, 2013
Are you still on the lookout for an iPhone 5s handset? If so, one useful online tool - called iPhone Checker - could help. The Web-based service allows iDevice fans to check nearby retailers for iPhone 5s stock, and even allows users to specify the color of their desired iPhone, and the carrier. Options include space gray, silver, and gold, while carrier choices include AT&T, Verizon, Sprint, and unlocked (there's no option for T-Mobile iPhone 5s handsets). After entering a zip code, stores in your local region - and their iPhone 5s stock - will be shown. It's a simple service, but one that does exactly what it promises to do. As a reminder, Apple Retail Stores are now offering personal pickup for iPhone 5s handsets, however stock is said to be "limited." Following its launch, the iPhone 5s sold out in Apple Retail Stores and retailers worldwide, and combined first weekend sales of the iPhone 5s and iPhone 5c topped 9 million. See also: New Spin App For iOS Seeks To Put A New Spin On Real-Time Video Chatting, Apple Hires CableLabs Exec Jean-François Mulé As Engineering Director, and Apple To Fix Widespread iMessage Issues On iOS 7 With Upcoming Software Update. Via: CNET 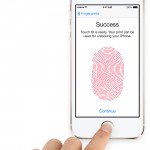 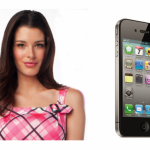 Apple's iPhone Is Helping T-Mobile Secure Market Share In The United States
Nothing found :(
Try something else