You are using an outdated browser. Please upgrade your browser to improve your experience.
by Brent Dirks
October 10, 2013
With the (RED) Auction in New York City coming up in just a little more than a month, Vanity Fair has just published an interesting interview with Apple’s Jony Ive and fellow designer Marc Newson. The auction on Saturday, Nov. 23 at Sotheby’s in New York City will benefit The Global Fund to fight AIDS, tuberculosis, and malaria. And the pair have had a hand in designing a number of objects on the auction block. Along with the unique 18K rose gold Apple EarPods, we got out first look, earlier this week, at the spectacular and unique Leica M for (RED) that the pair worked on. 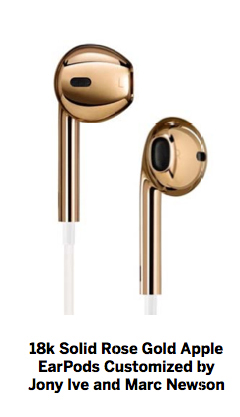 The men spent more than a year and a half designing the camera from scratch along with a desk produced by Neal Feay Studio. An incredible amount of work went into the camera - 561 models and nearly 1,000 prototype parts were made during the 85 days it took the create the Leica M for (RED). Leica believes the camera could fetch somewhere around $6 million at the auction.

“I found it a very odd and unusual thing to put this amount of love and energy into one thing, where you are only going to make one,” Ive said. “But isn’t it beautiful?” The camera’s dollar worth is hard to estimate, since it is an art piece as much as a functioning object, but the value of the time Ive, Newson, and Leica’s own engineers put into it probably totals well into six figures, and possibly seven.

Ive also discussed the amount of time that goes into designing the iPhone and other Apple products:

“The most important thing is that you actually care, that you do something to the very best of your ability,” Ive told me. “We can’t explain it in a fiscal sense, but the care that goes into the iPhone is equivalent to what goes into watches and other things that are significantly more expensive. I love the idea that the phone will be so broadly accessible.” What excites Ive most about the iPhone, in other words, isn’t just its elegance as an object; it’s the fact that he and Jobs managed to manufacture an object designed to his demanding specifications that could still be affordable by the mass market.

The piece is quite long, but it is definitely an interesting read. While other Apple executives often grace the stage at the company’s media events, Ive is never seen live, usually making an appearance in a video. And just getting the interview took a large amount of work for writer Paul Goldberger:

We've had conversations about his work over the last several years that have never led to a full-fledged interview because Apple's P.R. executives have never given him the O.K. to speak to me on the record, or to let me into the studio. With the (Red) auction approaching, however, Apple softened its hard-line stance, at least somewhat. Our first meeting to talk about the (Red) project had been set for the Apple headquarters in Cupertino, where Newson had gone for several days' work with Ive. But three hours before the meeting was scheduled to start, I received a text message telling me to go instead to San Francisco, some 50 miles to the north, and wait for further instructions in the lobby of the Mandarin Oriental Hotel. After a 45-minute wait, one of Apple's press-relations people appeared and escorted me to another treaty-signing-worthy suite, this one on the 38th floor. 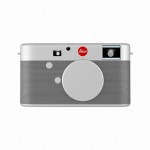 Key Executives Give Rare Interview About Everything Apple
Nothing found :(
Try something else