You are using an outdated browser. Please upgrade your browser to improve your experience.
by Joe White
October 19, 2013
U.S. Cellular, the fifth largest carrier in the United States after AT&T, Verizon, Sprint, and T-Mobile, has confirmed that it will be offering Apple's iPhone 5s and iPhone 5c from Nov. 8. The news has been reflected over at the carrier's website, where the above image heads the main page. As a reminder, U.S. Cellular has some 4.6 million subscribers, and as such it's important for Apple to have the carrier on-board for its new iPhone handsets. In the United States, a large number of regional carriers, including Bluegrass Cellular, C Spire, Cellcom, and MTA, started offering the iPhone 5s and iPhone 5c from Oct. 1. The prepaid carrier Cricket since confirmed that it, too, will offer the new handsets, albeit from Oct. 25. As of this writing, U.S. Cellular hasn't released information concerning pricing. Instead, its iPhone 5s and iPhone 5c Web pages merely offer information on each handset, along with the option of comparing the two. However, it's likely that the carrier will follow the retail model adopted by Apple and the other major U.S. carriers. Though of course, a number of U.S. retailers have indeed started offering the iPhone 5c, in particular, at discounted prices. If you're in the market for a new handset, we'd advise shopping around in order to ensure that you find the best possible deal. See also: New Report Offers Precise Details Concerning iPhone 5s, iPhone 5c Production, Google's Hangouts iOS App Says Hello To Voice Calling And Other New Features, and Apple Sued Over Automatic Downloading Of iOS 7 Install File To Holdout Devices. 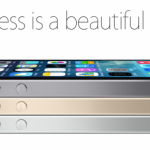 Early iPhone 5s Sales Would Have Been Higher Were It Not For Supply Constraints
Nothing found :(
Try something else