You are using an outdated browser. Please upgrade your browser to improve your experience.
by Aldrin Calimlim
October 22, 2013
Less prominent than the visual redesign but nonetheless worth noting in iOS 7 is the new set of ringtones and text alerts. As it turns out, some, if not all, of these new sounds are the creations of a rather popular musician: Adam Young. A musical hyphenate, Young is best known as the man behind the American electronica project Owl City. And according to his discography page on his official website, he's also responsible for the new sounds in the latest iteration of Apple's mobile operating system. His site has apparently been taken down, likely at the behest of Apple, following the dissemination of the news of his involvement in iOS 7, which was first reported by 9to5Mac. But here's an annotated screenshot of his discography page taken by MacRumors: For a run-through of the ringtones and text alerts that have turned out to have been made by Young, check out the video below. As it happens, the sound that most resembles Owl City's music, in my opinion, is the one called Night Owl. If you can't see the video embedded above, please click here. Working as Owl City, Young has released the hit single "Fireflies" and has recorded songs for animated films, including "Legend of the Guardians: The Owls of Ga'Hoole," "Wreck-It Ralph," "The Croods," and "The Smurfs 2." He has also collaborated with a number of other artists, most notably including "Call Me Maybe" singer Carly Rae Jepsen on the track "Good Time." 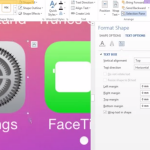