You are using an outdated browser. Please upgrade your browser to improve your experience.
by Joe White
October 16, 2013
Apple might have improved the battery (albeit slightly) in its iPhone 5s, but for some, this still isn't enough. Fortunately, a number of solutions are available, one being PhoneSuit's recently announced Elite Battery Case for iPhone 5s. The case, as you might expect, offers a built-in rechargeable battery, and is compatible with both the iPhone 5s and Apple's sixth-generation iPhone 5. This battery, however, features a capacity of 2,100 mAh, and as such it can more than fully recharge an iPhone 5s handset from flat, easily doubling the smartphone's battery life. But that's not all. The PhoneSuit Elite Battery Case also utilizes its own rather clever "Quick Charge Technology" to fully recharge an iPhone 5s in less than two hours, at "ultra-fast" five watt speeds, and the case also provides full and complete access to the iPhone's audio jack. PhoneSuit's cable allows users either to charge and sync their iPhone at the same time, or to charge both the iPhone and the case at once; LED lighting on the back of the case also provides users with an idea of how much life is left in their case. Finally, the Elite Battery Case is also careful to leave room for Touch ID, the built-in Camera, and the iPhone's speakers, meaning the case itself isn't going to get in the way in any respect. For those interested, the PhoneSuit Elite Battery Case for the iPhone 5s and iPhone 5 can be ordered online for $99.95. Two color options, Metallic Black and Ice Silver, are available to choose from. See also: OtterBox Offers A New Waterproof Case Option For iPhone Users, Sonos Unveils The Play:1, A Powerful Speaker With A Spectacular Price, and This Week In Accessories: SoundTouch Speakers, Revolt Duo, And More. 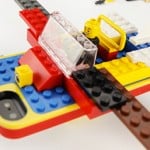 Review: Get Bricky With Belkin’s New LEGO Builder Case For The iPhone 5/5s 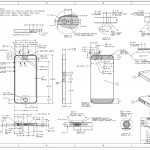