You are using an outdated browser. Please upgrade your browser to improve your experience.
by Brent Dirks
October 2, 2013
The iPad 5 and second-generation iPad mini, which could both be unveiled as early as this month, may have significantly better cameras. That’s according to sometimes accurate KGI Securities analyst Ming-Chi Kuo. Kuo states that both tablets will launch in the fourth quarter of this year and that Apple will upgrade the cameras as a selling point. The analyst expects the rear cameras to sport an 8 megapixel sensor, up from the 5 megapixel version on the current models. Much like the iPhone 5s, the aperture will also be increased to allow for better pictures. Apple may choose to also add some of the new software-based camera features introduced with the iPhone 5s, like the slow-motion shooting capability that captures HD video at 120 frames per second. The fifth-generation iPad is expected to have a significantly smaller surface area while maintaining the same 9.7-inch screen. The outer shell will also take some design cues from the iPad mini and sport thinner bezels. The outlook for the iPad mini 2 is a little more cloudy. While we’ve expected it to come with a Retina display, a report earlier today says that Apple’s supply chain has just begun to manufacturer the displays. That could mean one of two things. Either Apple will hold off launching the tablet until 2014, or it will be unveiled before the end of the year to very constrained supplies, much like the iPhone 5s. While improved cameras would be nice, I’m still holding out hope that at least the full-sized tablet will have a Touch ID sensor. 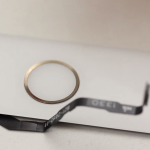 According To A New Video, Apple’s Touch ID Feature Is A Perfect Fit For iPad 5 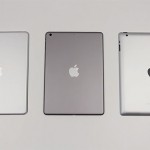 Could This Be Apple's Black Bezel, Space Gray iPad 5?
Nothing found :(
Try something else