You are using an outdated browser. Please upgrade your browser to improve your experience.
by Bryan M. Wolfe
October 26, 2013
With each new version, Apple’s OS X looks more like iOS. The recently released OS X Mavericks is no exception. Maps and iBooks recently joined a long list of iOS features that are now available on Mac. How appropriate then that the new “90 OS X Mavericks and Legacy Tips, Tricks & Secrets,” is readable on both iPad and Mac. Created by It’s About Time, the 107-page guide uses short video clips and prose to teach you some of the most important new features of OS X Mavericks. As the title suggests, it also contains a few tips on features Apple has carried over from previous OS X versions. If this sounds familiar, it should. The $1.99 e-book arrives just a month after It’s About Time released the equally impressive, “70 iOS 7 and Legacy Tips, Tricks & Secrets.” Like the previous title, “90 OS X Mavericks and Legacy Tips, Tricks & Secrets,” was made using Apple’s iBooks Author application. This is ideal, given the topic. There are 10 chapters in the book, including those that cover Notifications, Finder, and iBooks. My favorite is the ninth chapter, simply titled, “Tricks.” Here you’ll learn more about OS X Mavericks’ App Nap, and Energy Saver tools, among others. 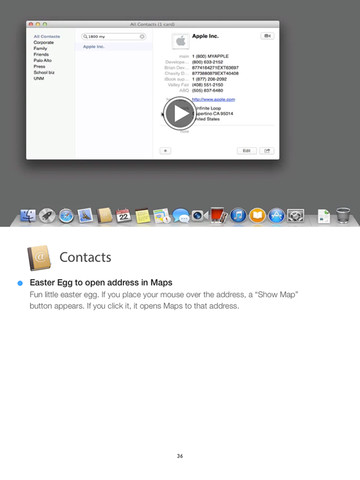 I’ve been a big fan of It’s About Time since they released the now-defunct Life Web Browser for iPad in 2010. Since then, much of their focus has been on releasing learning products for iOS and OS X users. This doesn’t mean they’ve completely given up on developing apps. In recent months, the company has released Controls+, and Play+ for YouTube. Both products are available exclusively for OS X, and are available in the Mac App Store. While “90 OS X Mavericks and Legacy Tips, Trips & Secrets” is primarily for those new to Mac, long-time users will also find it beneficial. As a power user myself, I found some of the tips completely new. As a result, my love for OS X has only grown thanks to what I learned in the book. Given that OS X Mavericks is free, spending $1.99 for “90 OS X Mavericks and Legacy Tips, Trips & Secrets” seems like a no brainer. You can download it today in the App Store. [gallery columns="4"] 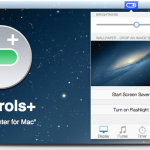 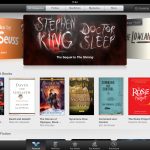 Apple Updates iBooks Store With Backend Improvements For Authors And Publishers
Nothing found :(
Try something else