You are using an outdated browser. Please upgrade your browser to improve your experience.
by Joe White
October 11, 2013
The popularity of Apple's iDevices and Macs has seen new Apple Retail Stores open in countries as far-ranging as China, Australia, Japan, and even here, in the United States. Now, one report claims that Turkey is set to receive its first official Apple Retail Store in early 2014, in a move further indicative of Apple's present retail expansion. Istanbul's Zorlu Center (pictured above), a luxurious shopping mall 21,000 square feet in size that already plays host to the flagship stores of both Burberry and Louis Vuitton, will be the venue for the Turkish Apple Retail Store, according to a new report from The Wall Street Journal. In fact, the place reserved for the forthcoming Apple Retail Store is located in between these two designer label stores, the publication explains. Apple so far has retail stores in 14 countries, and once its Turkey-based Apple Retail Store launches, this number will increase to 15. There are presently more than 400 of Apple's venues located across the world, however a large number of these are based in the United States. During the company's WWDC keynote earlier this year, Apple chief executive officer Tim Cook praised these worldwide Apple Retail Stores. He noted that the venues are popular destinations for school field trips, and that this, combined with the further services offered by the stores - including "Personal Training," the Genius Bar, and more - has rendered the company's retail locations "integral parts of the communities that they serve." The Wall Street Journal notes that the Turkish Apple Retail Store is set to open its doors in January 2014. We'll keep you updated with further information as we receive it. In the meantime, see: Going For Gold? Now You Can Set Up iPhone 5s Stock Email Alerts, Today's Best Apps: Ring Run Circus, Type:Rider, Harmony And More, and The Long-Awaited Monster Adventures Is Here, But Is It Worth Your Time?. 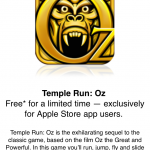 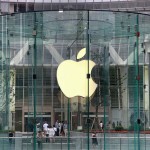