You are using an outdated browser. Please upgrade your browser to improve your experience.
by Brent Dirks
October 28, 2013
After the first images of MOGA’s iOS 7 controller were leaked on Twitter late last week, we’ve heard a little more information about the gamepad. First, the device will be called the MOGA Ace Power. And TouchArcade was able to mirror a trailer for the controller that somehow appeared on YouTube for a short time over the weekend. Here’s the complete video. Click here if you can’t see it. The only major news from the video is the confirmation of the R1/R2 and L1/L2 buttons and the list of compatible devices – the iPhone 5s/5, the iPhone 5c, and the fifth-generation iPod touch. TouchArcade also believes that the controller will retail for $99. While that’s significantly higher than the $59 version for Android devices, the battery pack definitely makes the Ace Power an interesting choice. Also, the site believes that both the Ace Power and the leaked Logitech controller (reportedly named the Powershell) will appear sometime in mid-November. That’s definitely great news for gamers. We’ll let you know if we hear anything further about any of the controllers. For other accessory news and reviews, see: Logitech Announces Four New Accessories For Apple's iPad Air, Miniot Launches New Wooden Cover For Apple's iPad mini, and Review: Get Smart With WaterField Designs' Secure And Stylish iPad Smart Case. 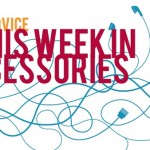 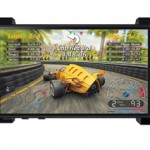