You are using an outdated browser. Please upgrade your browser to improve your experience.
by Bryan M. Wolfe
November 21, 2013
A new report from C Technology suggests that Apple is currently field testing an “iPhone 6” that has a 4.9-inch display. Other reports in recent months have also indicated that Apple’s next iPhone could be a “phablet” and larger than previous models. Rumors about the iPhone 6 jumped into overdrive soon after Apple unveiled the iPhone 5s and iPhone 5c in September. Little is known about the handset, except that it will almost certainly come with a screen bigger than all previous iPhone models. The iPhone 5s and iPhone 5c each come with a 4-inch Retina display screen. Before that, iPhones had a 3.5-inch display. Earlier this month, Bloomberg claimed that Apple will unveil two larger, curved iPhone handsets in 2014. DisplaySearch has also claimed that Cupertino is working on two models for the new year. One model, according to DisplaySearch, could offer a 4.7-inch screen at 1,280 by 720 resolution, while the other handset will purportedly feature a 5.7-inch 1,920 by 1,080 screen. The iPhone isn't the only iOS device that could see a screen size bump in 2014. Apple is also rumored to be working on an "iPad Pro" that could come with a 12.9-inch Retina display. As usual, we'll keep you updated. In the meantime, see: Bigger, Thinner iOS Devices Could Dominate Apple's 2014 Product Line, and Only A Small Percentage Of Previous iPhone Owners Upgraded This Year. Photo: iPhone 6 concept by Ciccarese 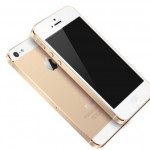 Apple Could Raise iPhone Prices In 2014 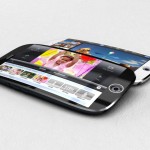 Apple's 'iPhone 6' Could Be A Revolutionary Device
Nothing found :(
Try something else