You are using an outdated browser. Please upgrade your browser to improve your experience.
by Bryan M. Wolfe
November 6, 2013
Amazon is turning to whatever independent bookstores that remain to help boost sales for its lineup of Kindle devices and accessories. Beginning today, Nov. 6, the online retailer is offering Amazon Source, a new program that enables independent bookstores and other retailers to sell Kindles and earn money while doing so. The new program has two main components. First, Amazon is offering bookstores a discount on purchasing Kindles and accessories for resale. Second, the retailers will have the option of receiving 10 percent of every Kindle book they sell for the first two years. Amazon says that if a retailer decides they no longer want to sell Kindles, Amazon will buy back the inventory for up to six months after their first order, with no questions asked. Amazon Source offers retailers two programs: According to Russ Grandinetti, vice president, Amazon Kindle:

We believe that retailers, online or offline, small or large, should be striving to offer customers what they want—and many customers want to read both digital and print books. For many years, bookstores have successfully sold print books on Amazon—now Amazon Source extends this opportunity to digital. With Amazon Source, customers don’t have to choose between e-books and their favorite neighborhood bookstore—they can have both.

Amazon Source sounds like a program that could prove popular with retailers and customers alike. Still, it has a strange feel to it. After all, Amazon is one of the reasons brick and mortar stores such as Borders, Crown Books, and Media Play are no more. What's next, iPods being sold at antique record stores? See also: Amazon Is Now Playing On Apple's Turf As It Releases A Standalone Music App For Mac, Amazon Hits Apple's Newest iPad With A 'Lighter Than Air' Ad, and Amazon's 'Alpha House' And 'Betas' To Debut Later This Month. 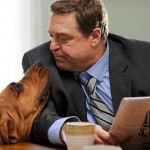 Amazon's 'Alpha House' And 'Betas' To Debut Later This Month 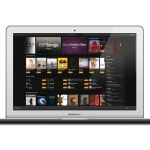 Amazon Is Now Playing On Apple's Turf As It Releases A Standalone Music App For Mac
Nothing found :(
Try something else