You are using an outdated browser. Please upgrade your browser to improve your experience.
by Joe White
November 29, 2013
Apple isn't pleased with Michael Bromwich's recent legal bill of $138,432 for just two weeks of work. In fact, the Cupertino, Calif. company, which is forced to pay Bromwich for his time as a court-appointed "monitor" during Apple's recent e-book price-fixing trial, has objected to the lawyer's fee in a recent federal court filing. Bromwich's fee works out to an hourly rate of $1,100, but the world's most valuable technology company isn't willing to pay up. The news comes in a recent Bloomberg report, which explains that in Apple's court filing, the company said: "Mr. Bromwich appears to be simply taking advantage of the fact that there is no competition here or, in his view, any ability on the part of Apple, the subject of his authority, to push back on his demands." The filing adds that "of all known past Apple matters," no lawyer has demanded a higher rate than the $1,100 per hour fee Bromwich is seeking. Bloomberg's article notes:

Bromwich, a former U.S. Justice Department inspector general, is charging a 15 percent administrative fee on top of his hourly rate, as well as on the cost of hiring other lawyers to assist him, according to the filing. U.S. District Judge Denise Cote appointed Bromwich as a monitor in October following her July ruling that Apple played a “central” role in a conspiracy to fix prices for electronic books. Cote barred Apple from entering into anticompetitive contracts with e-book publishers.

Bromwich's charge, which is "unprecedented in Apple's experience," according to the filing, includes the aforementioned 15 percent administrative fee because the lawyer handled the work through his consultancy agency, rather than through his law firm. Apple's lawyers claim that the situation "seems slippery at best," and is pursuing the matter in a Manhattan court. We'll let you know how this intriguing story develops. In the meantime, see: Parlez-Vous Anglais? Popular Translation iOS App iTranslate Gets Updated For iPad, Olloclip Launches Limited Edition Space Gray, Gold Clips For Your New iPhone 5s, and Garmin, Navigon US Navigation Apps Get Discounted To Celebrate Thanksgiving. 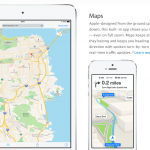 Samsung Hoped To Stay Apple Patent Damages Trial, But Judge Denies
Nothing found :(
Try something else