You are using an outdated browser. Please upgrade your browser to improve your experience.
by Bryan M. Wolfe
November 6, 2013
If you’re still having a hard time finding an iPhone 5s, help is on the way. Apple is reportedly set to certify two new Asian assembly partners in a move that should help boost production on the company’s newest handset. The change should take effect before the end of the year, according to The Wall Street Journal. According to the report, Wistron will handle iPhone 5c production, while Compal Communications will build Apple’s iPad mini. The move will allow Apple’s long time manufacturer Foxconn to focus more of its attention on assembling Apple’s flagship handset. Pegatron also produces iOS devices for Apple. The report doesn’t say which iPad mini model Compal will be producing. However, the iPad mini with Retina display is the likely candidate. The second-generation iPad mini is expected to be a top seller when it is released by Apple later this month. Apple CEO Tim Cook has already gone on record to say that initial supplies for the tablet will be limited. Since launching in September, the iPhone 5s continues to be in short supply. Orders placed online today, Nov. 6 at Apple's U.S online store show a shipping time of "2-3 weeks." See also: Apple's iPhone 5s Sells Out In India, Retailers Ask For Emergency Shipments, Apple To Manufacture Its Sapphire Glass For Touch ID In The United States, and How Apple Is Replacing Battery Afflicted iPhone 5s Handsets. 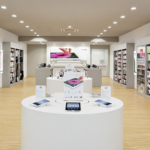