You are using an outdated browser. Please upgrade your browser to improve your experience.
by Joe White
November 5, 2013
In a couple of different press releases, it has been confirmed that Apple is planning on manufacturing the sapphire glass used in its products, and particularly for Touch ID, at a plant Mesa, Ariz. The initiative will produce around 2,000 jobs in the local region, and it forms part of Apple's ongoing effort to increase its manufacturing presence inside the United States. As a reminder, the Cupertino, Calif. company's forthcoming $2999 Mac Pro carries a "Designed and assembled in the U.S." promise. Apple indeed utilizes the incredibly durable nature of sapphire, and uses sapphire glass to protect areas of its iDevices such as the Touch ID-equipped Home button (in the iPhone 5s), and the camera lens. The company's production of sapphire glass in the United States is set to occur in partnership with GT Advanced Technologies, which confirmed the news in a recent press release:

The company also announced that it has entered into a multi-year supply agreement with Apple Inc. to provide sapphire material. GT will own and operate ASF® furnaces and related equipment to produce the material at an Apple facility in Arizona where GT expects to employ over 700 people. Apple will provide GT with a prepayment of approximately $578 million. GT will reimburse Apple for the prepayment over five years, starting in 2015.

In a separate press release, Arizona Governor Janice Brewer celebrated the move, and particularly the 700 quality jobs and 1,300 construction jobs the deal will create and produce. She said:

Apple is indisputably one of the world’s most innovative companies and I’m thrilled to welcome them to Arizona. Apple will have an incredibly positive economic impact for Arizona and its decision to locate here speaks volumes about the friendly, pro-business climate we have been creating these past four years. Their investment in renewable energy will also be greening our power grid, and creating significant new solar and geothermal power sources for the state. As Governor, I’ve worked hard to demonstrate that Arizona is open for business. Today’s news is proof that’s paying off.

Indeed, Apple's Arizona-based sapphire glass-producing plant will be entirely powered by renewable energy, mirroring the company's other locations across the United States. In a statement, Apple spokesperson Kristen Huguet told AllThingsD: "We are proud to expand our domestic manufacturing initiative with a new facility in Arizona, creating more than 2,000 jobs in engineering, manufacturing and construction. This new plant will make components for Apple products and it will run on 100 percent renewable energy from day one." Of course, at the same time Apple is continuing work on its futuristic new campus in Cupertino. Most recently, a set of images depicting the new Apple headquarters surfaced online, providing the general public with an insight into how the spaceship-like development will look once complete. See also: Apple Updates AirPort Utility App With Support For 64-Bit A7 Processor, Nike Launches M7-Powered Nike+ Move App, Releases Nike+ FuelBand 2.0 For iOS, and Today's Best Apps: CoverMe And Haunted Legends: The Undertaker. 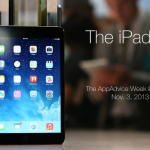 Review: Piel Frama's FramaSlim Is An Exceptional High-Quality iPhone Case
Nothing found :(
Try something else