You are using an outdated browser. Please upgrade your browser to improve your experience.
by Joe White
November 1, 2013
Apple has acknowledged that a "limited" number of iPhone 5s handsets suffer from an irreparable battery life problem, and customers with afflicted handsets have been offered new smartphones by the company. Now, more details concerning the situation have surfaced online, which shed additional light on how Apple is replacing battery afflicted iPhone 5s handsets. Apparently, Apple has informed its AppleCare representatives that the problem can specifically cause "shortened battery life, longer charge times, or a battery that will no longer charge," 9to5mac claims in a recent article. Based off users' iPhone 5s serial numbers, then, Apple is actively calling up customers expected to be suffering from the problem, and is offering a replacement handset. The website explains:

Apple will personally contact customers who own iPhone 5s units with affected serial numbers via a phone call. If a customer feels that their phone is affected, but has not yet received a call, they may feel inclined to call AppleCare. If they do, the AppleCare representative can enter their serial number into the system and check to see if their phone is eligible for a replacement. If the phone is not deemed to be in the group of units with the manufacturing issue, AppleCare is instructed to troubleshoot the phone with normal guidelines.

If the handset is confirmed to be afflicted, however, it can then be replaced using a number of different methods. Customers can either pay a visit to their local Genius Bar, or they can call in on an Apple authorized reseller. Finally, afflicted iPhone owners can opt to have their new smartphone mailed to an address of their choosing. "The customer will be given shipping material to send back the affected device," 9to5mac adds. As noted above, Apple indeed claims that a "limited" number of handsets, perhaps as many as several thousand, suffer from the problem. However, as of this writing, we're not exactly sure what the source of the problem is, since nothing direct has been confirmed by the Cupertino, Calif. company. We'll keep you updated with further information as we receive it. In the meantime, see: Apple Updates iTunes Festival London 2013 App With Exclusive Live Eps, Apple Focuses On New iSight Camera In Latest Magazine Ad For iPhone 5s, and At Long Last, Turkey Gets An Apple Online Store. 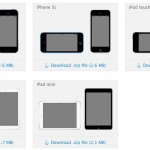 Apple Tells App Developers Not To Advertise The Gold iPhone 5s
Nothing found :(
Try something else