You are using an outdated browser. Please upgrade your browser to improve your experience.
by Joe White
November 28, 2013
Thanks to Apple's iPhone deal with NTT DoCoMo, a huge 76 percent of Japan's new smartphone sales in the month of October were iPhone 5s and iPhone 5c handsets, according to recent data. NTT DoCoMo is Japan's largest carrier and as such, Apple's recent deal with the network has massively encouraged iPhone sales in the international territory. It has already been claimed that Apple's share of the smartphone market in Japan has overtaken that of the United States, and now, we're hearing more positive news concerning the Cupertino, Calif. company's work in the country. Unwired View, citing data from Kantar World Panel, explains:

According to Kantar World Panel, 76% (!) of new smartphones sold in October were iPhones. Including 61% on NTT DoCoMo. IPhone always performed best in carrier controlled and heavily subsidized markets, where the average Joe can see little difference between buying $650 iPhone and $400 Android phone with a traditional two year contract. But the amount of interest it is now generating in Japan, is simply amazing.

Of course, a deal with NTT DoCoMo made the iPhone available to the carrier's millions of subscribers. But as we explained at the time, it also encouraged a degree of healthy competition in the wake of Apple's iPhone 5s and iPhone 5s launch between Japan's three big carriers, NTT DoCoMo, SoftBank, and KDDI. In a bid to attract subscribers, this even resulted in Apple's iPhone 5s going free on-contract. Our original report noted: "In addition, NTT DoCoMo is reportedly offering customers 'points' when a SoftBank or KDDI handset is traded-in. These points can then be used for DoCoMo products or repairs, and it’s hoped that the scheme will persuade subscribers to sign up with NTT DoCoMo, rather than SoftBank or KDDI." It's clear that as a result, Apple's share of the smartphone market in Japan will have increased over the present quarter. It'll be interesting to receive more data in the near future. At the same time, however, the iPhone's relationship with NTT DoCoMo also makes Apple's impending deal with China Mobile all the more interesting. The carrier's TD-LTE cellular network is scheduled to launch next month. Could an iPhone offering soon after see Apple's share of China's huge smartphone market increase, too? We'll keep you updated with further information as we receive it. In the meantime, see: As Night Falls, Badland's Day II Chapter Comes To An Epic Conclusion ... With Lasers, Sweet! Candy Crush Saga Updated With New Episode And New Booster, and Today's Best Apps: Darklings, Burn The Rope 3D, Icycle: On Thin Ice And Skateboard Slam. 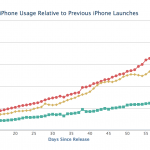 It Looks Like iPhone 5s Adoption Is Continuing To Rocket 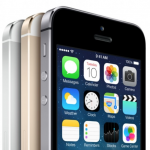 Foxconn Claimed To Have Boosted iPhone 5s Production At The Request Of Apple
Nothing found :(
Try something else