You are using an outdated browser. Please upgrade your browser to improve your experience.
by Joe White
November 17, 2013
In case you missed it, BBC Weather got a nice update this week adding native support for Apple's iPad, design changes for iOS 7, enhanced weather warnings, and more. The application, which is also optimized for the iPhone and offers users weather information based on forecasts from the British Broadcasting Corporation (BBC), is available to download free of charge in the App Store. BBC Weather has been the go-to weather application for British iDevice users, in particular, since the app first launched earlier this year. Apple's own built-in Weather app, which is powered by Yahoo Weather, has long been known to offer international users rather unreliable forecasts; as such, once BBC Weather came along many British users switched over and started using the free app (which sources data from the Met Office). Though previously optimized for the iPhone and iPod touch, BBC Weather is now fully optimized for the iPad, which is a great (and long-overdue) feature that users of the application will appreciate. Besides this, however, BBC Weather has received a number of further features in its 1.1.0 update, which include: Minor bug fixes have also been applied in the update, too. In recent months, the BBC has also launched a number of "Doctor Who" lost episodes in the iTunes Store, and has continued to support its iPlayer applications. BBC Weather can be downloaded in the App Store free of charge, and is optimized for the iPhone, iPad, and iPod touch. Check out the updated application now, or for more of our recent news, see: Quirky App Of The Day: Grab Some Sun And Catch The Rain In Sprout Up!, Keep Insects Away From Poor Ben In Don't Touch Ben!, and Win An Impressed Photo Book And Showcase Your Moments In Simple Beauty. 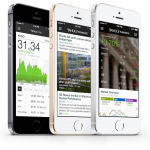 The Yahoo Finance App Now Has A New Design, Push Notifications And More 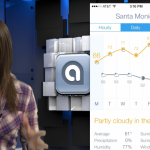 AppAdvice Daily: Monday's Staff Picked Must Have Apps
Nothing found :(
Try something else