You are using an outdated browser. Please upgrade your browser to improve your experience.
by Bryan M. Wolfe
November 13, 2013
H.H. Gregg has some pretty big deals lined up for Black Friday 2013. The deals take effect when stores open at 8 p.m. on Thanksgiving, which is Thursday, Nov. 28. Among the Apple products being offered at a nice discount is the first-generation 16GB iPad mini for $249.99, after a $50 mail-in rebate. H.H. Gregg is also offering the 16GB iPod nano for $129.99, or $20 off the regular price. Perhaps the biggest promotion is the one H.H. Gregg is offering on new iPhone purchases. The company will be selling the 16GB iPhone 5s for $189.99, or $10 off the regular price.  The 16GB iPhone 5c will be just $49.99, or $50 off. Each purchase requires the activation of a new two-year contract through Verizon Wireless. But there’s more. With the purchase of any 4G LTE smartphone, the buyer will also receive a $100 H.H. Gregg gift card. Other notable Black Friday deals include $20 off the $79.99 Roku 2, and $30 off the $99.99 UE Mini Boom speaker. Finally, H.H. Gregg will award one shopper at every store the chance to receive their entire Black Friday purchase for free. That’s 229 total winners nationwide. For more information on this promotion, visit the H.H. Gregg website. H.H. Gregg operates stores in 18 states, including Alabama, Delaware, Florida, Georgia, Illinois, Indiana, Kentucky, Louisiana, Maryland, Mississippi, New Jersey, North Carolina, Ohio, Pennsylvania, South Carolina, Tennessee, Virginia, and Wisconsin. The company will publish all of its Black Friday discounts in an upcoming circular. We'll continue to highlight Black Friday deals as they become available. Know about a deal that we have yet to cover? Send us the information at tips@appadvice.com. In the meantime, see: More Black Friday Apple Deals Announced From Best Buy, Walmart, and Target Previews Impressive Apple Deals In Black Friday Ad. 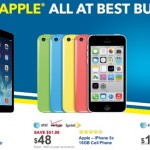 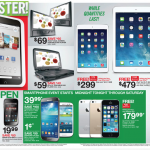