You are using an outdated browser. Please upgrade your browser to improve your experience.
by Joe White
November 13, 2013
Target announced a bunch of Apple-related Black Friday deals recently, and following suit are both Best Buy and Walmart, each of which has a selection of iDevices set to be discounted for the yearly shopping event. First up, Best Buy is offering between $50 and $70 off Apple's iPad Air, $100 off the 16GB iPad 2, $48 off the iPhone 5c, and $50 off the 32GB fifth-generation iPod touch. Discounts of $200 are to be applied to the 21.5-inch iMac and the 15-inch MacBook Pro with Retina display, and $20 has been taken off the price of Apple's AirPort Extreme. Finally, Apple TVs have been discounted by $15, and customers can also pick up a $100 iTunes Gift Card for just $85 from Best Buy. Not to be left out, Walmart has unveiled its Black Friday deals, too, and three particular promotions are of interest. Specifically, the U.S. retailer is offering gift cards with iPhone and iPad purchases: both the iPhone 5s and iPhone 5c come with a $75 Walmart gift card, and iPad Air purchases include a $100 gift card. This means the price of Apple's fifth-generation 9.7-inch tablet can be written down to just $399. Apple offers Black Friday discounts in the Apple Online Store, too, and last year the company discounted its iPad with Retina display by over $40. MacBooks were generally discounted by around $100, and Mac and iDevice accessories were discounted by between $7 and $21. To give you an idea of what we can expect from Apple this time round, here's a list of last year's Black Friday offerings: Of course, if you have a particular product in mind, shopping around for the best possible deal is advised. Black Friday is scheduled for Nov. 29, and it'll be followed by Cyber Monday on Dec. 2. We'll keep you updated with further information on more Black Friday and Cyber Monday deals as we receive it. In the meantime, see: Lions Gate And Reliance Team Up For "The Hunger Games: Catching Fire" Mobile Game, Ming-Chi Kuo Predicts A7-Powered Apple TV In 2014, HDTV Set In 2015, and Our First Look At The New iPad mini: Unboxing, Overview, Benchmarks. 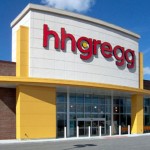 Updated: Apple Is Now Offering In Store Pickup On The iPad mini With Retina Display
Nothing found :(
Try something else