You are using an outdated browser. Please upgrade your browser to improve your experience.
by Joe White
November 12, 2013
Last week, Apple co-founder Steve Jobs was posthumously inducted into the Bay Area Council Business Hall of Fame, and the Cupertino, Calif. company's senior vice president of Internet Software and Services Eddy Cue accepted the award on Jobs' behalf. Now, a video of the ceremony has surfaced online, and was subsequently posted in a Twitter update by Cue. Cue (@cue) wrote: "An honor, a privilege and truly from my heart to Steve," and included a link to the aforementioned video in his update, which we've embedded below. Cue's acceptance speech is indeed heartfelt, and the senior vice president talks about his longtime friendship with Jobs and shares a funny story concerning the pair's work on Apple's Bondi Blue iMac keynote. The video also shows off some of Steve Jobs' greatest moments, from the introduction of the iPhone and iPad, to Apple's countless Mac announcements. It's definitely recommended viewing; here's the video: http://www.youtube.com/watch?v=4Ka-f3gRWTk 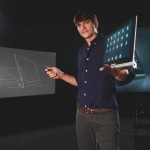 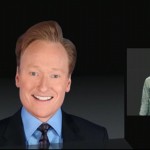 Oops, Conan Fan Tells The Comedian He Can’t Install iOS 7 On His iPhone 3GS
Nothing found :(
Try something else