You are using an outdated browser. Please upgrade your browser to improve your experience.
by Joe White
November 12, 2013
Apple has published a minor update to its Apple Support Web page, allowing customers to initiate screen sharing with an AppleCare representative. Though it was possible to share one's screen using the Web page before, this could only occur if an AppleCare staff member initiated the process. Now, however, customers can choose to start a screen sharing session using the Apple Support Web page regardless of whether an AppleCare representative thinks the process will be of use. As 9to5mac reports:

Customers have always been able to request screensharing, at which point the AppleCare representative would instruct them to download an application from Apple’s site that facilitates the connection. Now the download is listed directly on the support page. If a customer opts to use screensharing, the AppleCare rep must comply with their request whether they think it will help or not.

As you can see, the change is highlighted in the above image. Screen sharing can be used to troubleshoot software-related, rather than hardware-related, problems, and as such the above option isn't available for every possible technical situation. Furthermore, customers can only share their screen with an AppleCare representative when engaging in a phone call; the feature isn't available for live chat. Back in August, Apple refreshed its AppleCare website, adding a new design and - most notably - 24/7 live chat support. In other news, the anticipated iPad mini with Retina display launched in the Apple Online Store earlier today, where it compliments the iPad Air (which launched back on Nov. 1). In the United States, the second-generation iPad mini can be purchased from $399. See also: AppAdvice International: Market Share In Japan, Retail Stores And More, Target Previews Impressive Apple Deals In Black Friday Ad, and In Time For The Holidays, Target Updates Its iOS Apps With Shopping Enhancements. 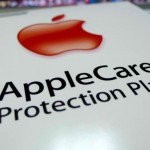 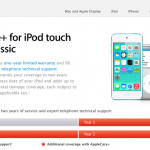