You are using an outdated browser. Please upgrade your browser to improve your experience.
by Aldrin Calimlim
November 2, 2013
Following reports of customers hitting a hitch, to the tune of $10 per month, when availing of the 200MB free data offer of T-Mobile on new iPads, the company's CEO, John Legere, has issued a couple of clarifying statements regarding the matter. Last week, T-Mobile announced that it would be offering 200MB of free 4G LTE data for life to every user who purchases a Wi-Fi + Cellular iPad Air that could run on its network, even if the user is not yet a T-Mobile customer. But as my colleague Brent discovered firsthand earlier when he went to buy an iPad Air from T-Mobile, the network carrier's "free" data offer apparently came with a catch:

Unless you’re a T-Mobile voice customer, you’ll get charged $10 per month for your “free” 200MB of data. Voice customers will get a $10 monthly credit on their bill.

But, as noted by MacRumors, T-Mobile CEO John Legere has taken to Twitter to set the record straight. According to Legere, the $10 per month fee that was asked of prospective T-Mobile iPad Air buyers was an "executional mistake." Legere adds that "everyone" is eligible to get the 200MB of free data, "no strings attached."

The $10 per mo./fee written about today is incorrect. We had an executional mistake that we will make right.

Yes. Everyone gets the 200MB of free data. No exceptions. No strings attached.

T-Mobile offers the iPad Air, which was officially launched by Apple today, under its so-called "uncarrier" plan. The 16GB version is available at no money down and 24 monthly payments of $26.25. The 32GB and 64GB versions are available at down payments of $99.99 and $199.99, respectively. 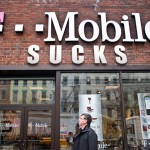 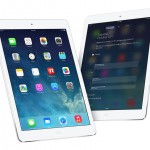 More Retailers Are Now Matching Walmart's Discount On The Entry Level iPad Air
Nothing found :(
Try something else