You are using an outdated browser. Please upgrade your browser to improve your experience.
by Brent Dirks
November 5, 2013
The iPad Air is also a hit for T-Mobile. In speaking with AllThingsD, the carrier said it sold more tablets on Friday than in the entire prior quarter. That’s great news for the fourth-place carrier in the United States, who earlier announced record smartphone sales. The iPhone represented about 15 percent of the third quarter smartphone sales for the company. Along with the iPad Air being the first Apple-branded tablet officially sold by the carrier, another major driver of customers to T-Mobile was probably the offer of 200MB of free data per month. Even though the program is a great deal, there was a large amount of confusion during launch weekend. While T-Mobile offers the chance to finance the cost of a tablet with 24 monthly payments, the free data is only available to users who bring their own, fully paid for iPad Air. T-Mobile once and for all cleared up the situation with a FAQ posted on its site late Monday. The company is also trying to being open and honest with customers, according to the report:

CEO John Legere told AllThingsD that he and his team have been actively trying to reassure customers that free really does mean free. “There was a feeling by a small group of people, especially in social media, that it was a bait and switch,” Legere said. “I was very concerned.” In the end, though, Legere said customers are seeing a company that is responsive and willing to admit mistakes. 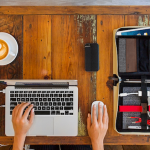 T-Mobile Announces Record Smartphone Sales For The Third Quarter
Nothing found :(
Try something else