You are using an outdated browser. Please upgrade your browser to improve your experience.
by Brent Dirks
December 18, 2013
Smart watch maker Pebble has just announced that a centralized App Store will be arriving on the companion iOS app in early 2014. While there are currently a number of apps and watch faces to install, they are scattered among third-party sites and other iOS apps. But the Pebble App Store is hoping to make it even easier for consumers to find exactly what they are looking for. Going live with the Pebble SDK 2.0, the store will include watch faces and six other app categories – Daily, Remotes, Sports and Fitness, Notifications, Tools and Utilities, and Games. Each category will feature a selection of the best apps and new entries. Developers who have previously created an app for the smart watch will have to port it to the 2.0 firmware. Submitting an app to the store is free and open to anyone. More information can be found on the developer portal. While Pebble’s store doesn’t support paid apps, developers can submit apps that work with a companion title in the main App Store. After blowing up Kickstarter in 2012, the Pebble made big waves in 2013. The smart watch can be purchased from a number of retailers, including Best Buy and Amazon.com for $150. The companion iOS app was last updated back in November. Version 1.3.0 brought support for the advanced notification system in iOS 7 so Pebble wearers can see any enabled notification on their watch. 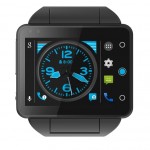 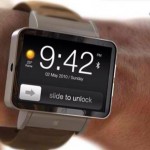