Siri might be smart, but Apple hopes the service could soon get even smarter with voice-based Photos app searching, according to a recent patent application published earlier today by the United States Patent and Trademark Office.

The patent is titled “Voice-Based Image Tagging and Searching,” and it was first discovered earlier today by AppleInsider. As the publication explains, the patent awarded to Apple “describes associating ‘natural language’ text strings with photographs saved on a device, like an iPhone.” AppleInsider adds:

Such text strings would be associated with speech input, much like users can access data on their iPhone by speaking in plain conversation to Siri, the device’s voice-driven personal assistant. Text strings associated with photos could cover an entity, an activity, or a location, according to the filing.

Apple notes in its patent that a user could say to their iPhone while viewing an image, “This is me at the beach,” and from here the handset would be able to apply the appropriate tags to the photograph. It’s a clever mechanism that could even go so far as to auto-tag images using time and location.

Of course, with iOS 7 Apple started grouping photographs together in the Photos app by year, date, and location. The process outlined in the patent application, if implemented within Apple’s mobile OS, could see the Cupertino, Calif. company further develop this trend in several interesting ways. For example, Apple notes that an iDevice user could say to his or her smartphone or tablet, “Show me photos at the beach,” and Siri would respond accordingly. 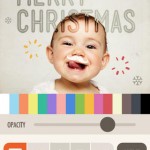 Fonta Can Add Stylish Text To Your Favorite Photographs 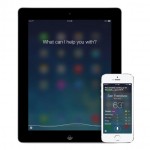 Report Says Siri’s Accuracy Continues To Improve
Nothing found :(
Try something else