You are using an outdated browser. Please upgrade your browser to improve your experience.
by Aldrin Calimlim
December 26, 2013
Apple has just officially started its 12 Days of Gifts promo. And for its inaugural gift, it's offering a special EP from none other than the world-famous bringer-back of sexy, Justin Timberlake. Of course, this free offer is redeemable through the 12 Days of Gifts app for iOS. Released a couple of weeks ago, the 12 Days of Gifts app gives iOS device users in the U.S. and other supported countries the chance to download a digital gift every day from Dec. 26 to Jan. 6:

From December 26 to January 6, you can download a gift each day—songs, apps, books, movies, and more—with the 12 Days of Gifts app. Each day’s gift will only be available for 24 hours, so download the free app to make sure you don’t miss out. Note: Not all content is available in all countries.

Early last week, Apple gave a taste of gifts to come in 12 Days of Gifts by offering New Zealand singer-songwriter Lorde's "No Better" single for free, along with the “TV Edit” version of “Royals.” Now, 12 Days of Gifts has officially kicked off with Justin Timberlake's iTunes Festival: London 2013 EP. The EP comprises four of Timberlake's live performances from the 2013 iTunes Festival, which was held by Apple last September at The Roundhouse in London. Specifically, the EP contains two songs, "SexyBack (Live)" and Take Back the Night (Live)," and two videos, "True Blood (Live)" and "TKO (Live)." If you're into JT's music, make sure to get them right now through the 12 Days of Gifts app. Apple’s 12 Days of Gifts app is available in the App Store for free. It’s compatible with iPhone, iPod touch, and iPad running iOS 7.0 or later. 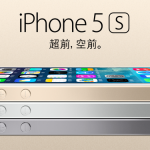 Apple Slapped With $670,000 Fine For Interfering With iPhone Pricing In Taiwan 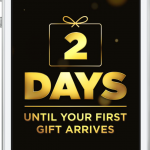 Reminder: Apple’s 12 Days Of Gifts Promotion Begins On Dec. 26
Nothing found :(
Try something else